Research Institute of Private Law of Caspian University and Kazakhstan International Arbitration published the second issue of the collection of scientific papers "Actual problems of private law" edited by M.K. Suleimenov. The collection includes an article by Chikanaev Shaimerden titled "Formation and development of the institute of public-private partnership in the civil law of Central Asian countries and Russia. 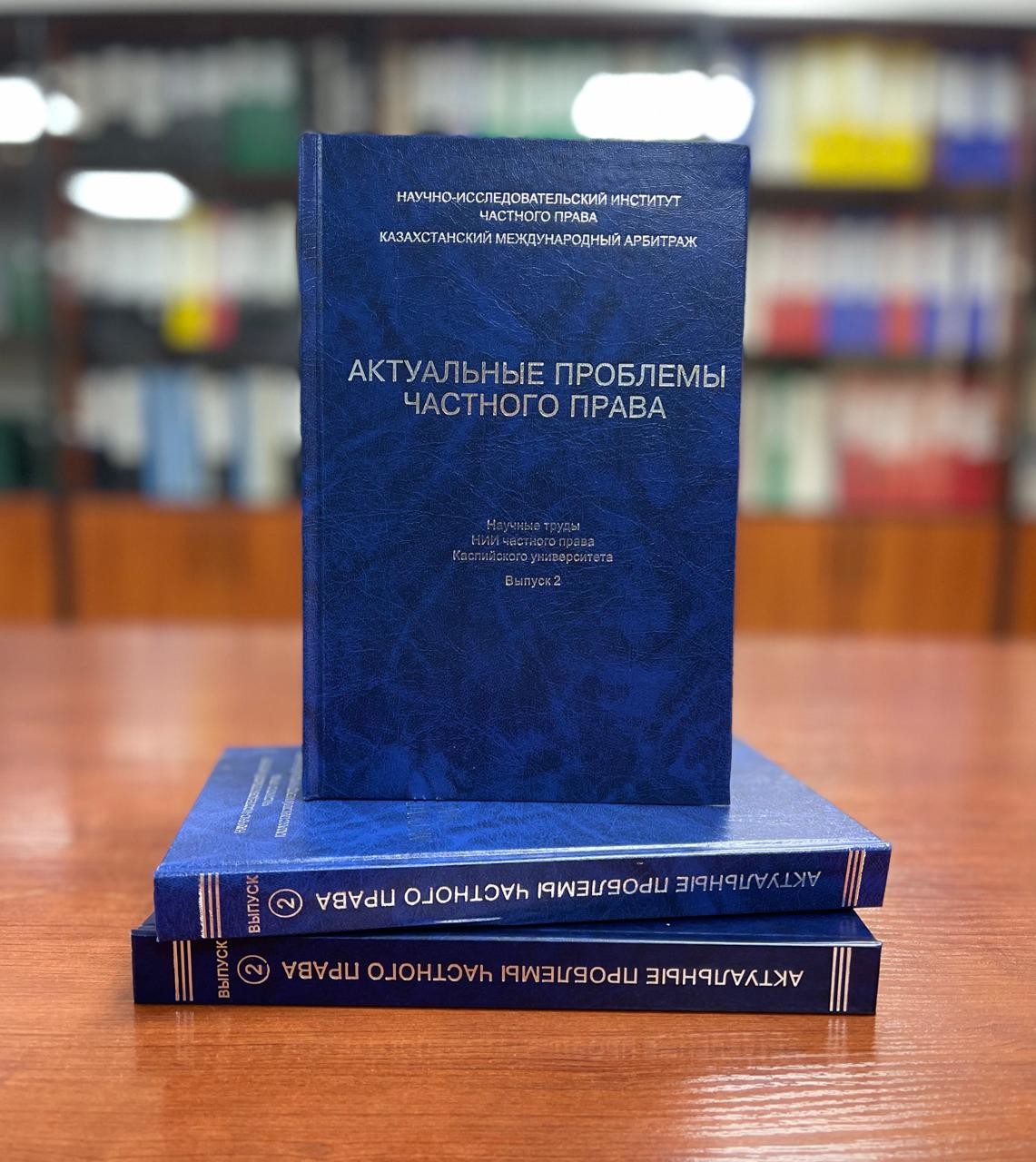 These are primarily general problems of private law, including: trends in development, problems of improving (recodification and updating) private law, the role of civil law in the formation of a social state, and others.

Problems of subjects of civil law, perpetual rights, obligations and dispute resolution are researched. Articles in English and French dealing with the problems of information and family rights are also published.

The publication is intended for researchers, teachers, doctoral students, undergraduates and students of law institutes, judges, attorneys, legal advisors and other practitioners, as well as for all those interested in the problems of civil law.

Since the Soviet Union collapse in 1991, the Central Asian countries and Russia have been in constant search and adjustment of optimal legal mechanisms for attracting private capital to create and upgrade public infrastructure. Apart from the fact that all these countries have laws on concessions, as well as other contractual forms of investment agreements with the participation of public legal entities, there are specialised laws on state-private partnerships (‘SPP’) adopted in Tajikistan in 2012, in Kazakhstan and Russia in 2015, in Uzbekistan in 2019, and in Kyrgyzstan and Turkmenistan as recently as 2021. The formation and development of the SPP institution in the doctrine and dogma of civil law in the Central Asian countries and Russia is of particular interest for research, since over the past thirty years these states have already accumulated original experience in implementing the SPP phenomenon in national legislation, and Russia and Kazakhstan already have the law enforcement practice in the SPP area.

The solution of the problem of determining the legal nature and qualifying features of SPP that allow it to be distinguished from related legal institutions are of particular interest. Without a correct understanding of SPP and the SPP agreement as related legal categories by the domestic science of civil law, properly enshrined in national legislation and public policy instruments in the SPP area, both the abuse of the SPP mechanism by corrupt civil servants and dishonest business representatives, as well as the general inefficiency of using the SPP mechanism, even in the absence of any malicious intent on the part of the persons participating in SPP projects are inevitable. A good example of such an unsuccessful SPP development is still Kazakhstan So, due to the uncontrolled growth of ‘imitated’ SPP projects in Kazakhstan, the head of state Kassym- Jomart Tokayev, admitted in 2019 that in Kazakhstan “the very idea of SPP is discredited”. In Russia, the SPP institution is also developing not without problems, as can be seen from the resonant so-called ‘Bashkir Case’, ‘Tuvin Case’ and ‘KhMAO Case’, where at the initiative of the antimonopoly authority the generally accepted understanding of the concession was subjected to the risk of revision. Thereat, the question remains open since in Russia there is still no confidence.

LLC is the most widespread form of legal organization for companies. The advantages of choosing this particular form are... 23.08.2022

In October 2019, Mongolia was placed on the list (by the International Organization for Financial Action Task Force (FAT...