For yet another consecutive year, GRATA International enters the leading legal rankings and continues to be among the most outstanding law firms in Central Asia and the Caspian region. Following the release of Chambers Global 2019, GRATA secures its standings in rankings forAzerbaijan, Kazakhstan, Kyrgyzstan, Tajikistan and Uzbekistan. 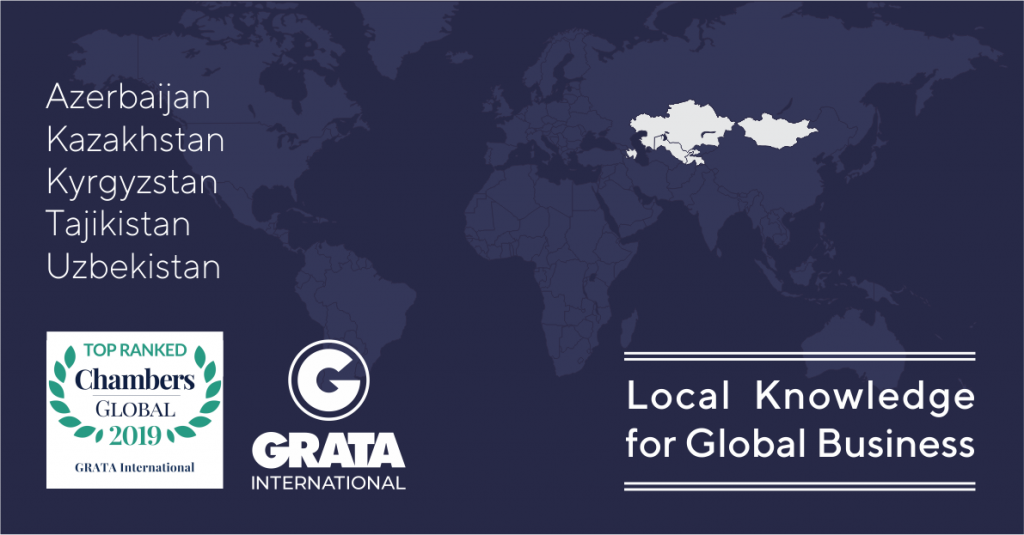 GRATA International’s Baku team was recognised as some of the leading practitioners inAzerbaijan. Ummi Jalilova, partner and director of Baku office, was named among ranked lawyers.

Dispute Resolution team of GRATA International and its head Bakhyt Tukulov have been ranked among Kazakhstan leading litigators in Band 2.

Joining their colleagues, GRATA’s Corporate and Finance team has also been ranked by the researchers in Band 2 for a second consecutive year. Shaimerden Chikanayev, who heads the Banking & Finance department, has been selected as of the leading lawyers and ranked in Band 4.

In Energy & Natural resources practice, the experienced team of GRATA International was placed among the leading legal counsel in Kazakhstan in Band 3. Natural Resources team of GRATA was described as a well-rounded prominent regional firm which regularly provides local law support to regional clients active in the oil and gas, mining and nuclear power industries.

GRATA International’s team in Bishkek has ascended in the rankings to Band 2 in Kyrgyzstan. The researchers and clients have characterised the team as robust, catering to a distinguished clientele of international corporate and financial institutions, regularly working in collaboration with overseas law firms.

Meanwhile, Dushanbe office of GRATA International ranks in Band 2 among the most prominent legal advisors in Tajikistan. Chambers Global described the team: “a respected group that advises an array of international law firms and financial institutions on Tajik law issues from its offices in Dushanbe and Bishkek”.

For a second consecutive year, GRATA International tops the Chambers Global Uzbekistanrankings with a leading position in Band 1. The researchers at Chambers & Partners paid special attention to the full-service scope of GRATA’s team in Tashkent.

Rankings in Chambers Global 2019 demonstrate GRATA International’s capabilities and consolidate its position as of the leading law firms in the region.

Back to all news
Locations
Azerbaijan Kazakhstan Kyrgyzstan Tajikistan Uzbekistan