GRATA International Publications Overview of Court Practice Related to the Settlement of Disputes on the Protection of Intellectual Rights
01.07.2019

In this article we have tried to analyse the court practice in application of legislation in the realm of intellectual property, particularly in respect to trademarks, trade names and patents.

Nowadays, disputes on protection of intellectual rights in Kazakhstan are less common than in the USA and other European states. The majority of cases are heard in Almaty and Nur-Sultan courts. 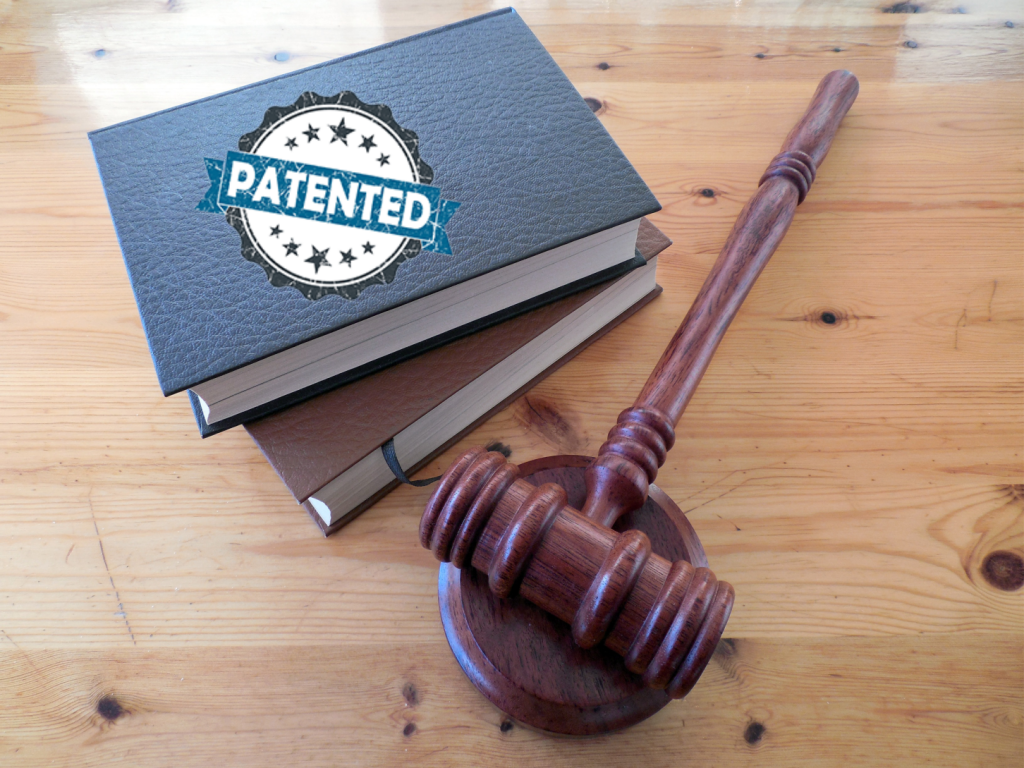 Proving illegitimacy of trademark use in the court is not overly complicated as the judge can personally witness visual infringements without having to refer to experts by simply comparing the original and disputed goods. In some circumstances in order to establish the similarity to the extent of confusion a respective examination is carried out. Accredited judicial experts analyse the extent of similarity and provide their opinion in percentage. If a number of matching features exceed 87,5%, it is then admitted that the similarity is confusing. Thus, when the fact of infringement is proved the court brings the wrongdoer to civil liability.

However, in practice recovery of damages as one of the measures of civil liability were rarely awarded because documents could not always support the amount of damage. In 2018 the concept of compensation replaced the instrument of damage recovery for infringement of trademark rights. Now if the court admits the facts of infringement the rightsholder can claim for compensation rather than recovery of damage. The amount of compensation is decided at the discretion of the court and is based on the following criteria:

- nature of the infringement;

- market price homogeneous (original) goods, which bear the confusingly similar trademark or designation with the consent of the owner.

- withdrawal and destruction of counterfeit medical products from all pharmacies of the city;

- revocation of all certificates for the medical products of the infringer from the state registry of certificates within the Ministry of Health of the Republic of Kazakhstan;

Disputes in respect to trade names of legal entities are increasingly becoming the subject of litigation; hence, the mechanisms and relevant legal remedies are put into practice. If the trade names of two different entities engaged in similar activities in the same territory are confusingly similar, the court makes a decision in favour of the entity, whose trade name was registered first in the state registry of legal entities. This is the rule of thumb based on which all the judicials acts are passed. For instance, the Specialised Interdistrict Economic Court of Almaty satisfied a company's claim for elimination of the use of a similar trade name and amending the trade name of the infringer by re-registering the legal entity.

Thus, in case of a dispute concerning the use of a trade name, the following conditions must be taken into account:

- identity or similarity of trade names;

- moment of creation of the exclusive right to the trade name (being the date of registration of the legal entity);

- performance of similar activities by the companies concerned.

In case of gross borrowing of a trade name or other invasion by third parties, it is important to apply promptly to the court for the protection of an exclusive right to the trade name, before the company's reputation is damaged or other losses occur.

Currently, disputes related to the protection of patent rights are increasing in Kazakhstan. The major part of patent disputes mainly refer to two following IP objects - inventions and utility models. In our opinion, these are industrial property objects that are most often subject to infringement of exclusive rights in Kazakhstan.

Today, Kazakh courts rarely satisfy the claims of patent holders for curing violated rights and protection of their interests. This is due to several reasons. Below we will explain the aspects that serve as an impediment in our judicial system when accepting the position of patent holders.

The very first problem is inappropriate application of the presumption of guilt of the violator.

As we can witness in practice the majority of patent holders in their claims are guided by Article 15 of the Patent Law, which establishes the presumption of guilt of the violator. According to Article 15 of the Patent Law, an infringement of the exclusive rights of the patent owner shall mean an unauthorised manufacturing, utilisation, importation, stocking, offering for sale, sale and any other distribution for commercial purposes of products incorporating the protected industrial property object, as well as the use of the protected method or distribution for commercial purposes of a product obtained directly through such method.

Wherein, a new product is considered to be obtained in a protected way, unless otherwise indicated.

Pursuant to the above article, the burden of proof when applying to court lies on the alleged infringer of exclusive rights. It is precisely this norm that patent holders use to protect their patent rights in courts, i.e. "the infringer must prove that he does not use someone else’s protected industrial property".

However, procedural rules (Articles 72 and 73 of the Civil Procedural Code) establish the obligation of each party to prove the circumstances, to which it refers. The court shall justify the decision based only on evidence that had been provided by the parties and studied at the court hearing. The court will not investigate what was not represented at the court hearing; in this connection, the courts often refuse patent holders in satisfying their claims because of a failure to prove the infringement of exclusive rights.

Thus, when applying to court, the patent holder must collect the evidence in advance, which will be the basis of the court’s decision when considering the dispute. Therefore, this leads to the second problem, - the absence or difficulty of obtaining one of the key evidence of patent infringement, in particular, an expert opinion. An expert opinion is one of the vital judicial evidence.

Unfortunately, in practice, there is a lack of qualified experts in Kazakhstan, who could compare the description of a protected product, device, or method with the objects of a patent infringer. Courts dealing with IP disputes are not specialised in Kazakhstan, judges are also lacking the technical knowledge to determine the similarity or difference of objects protected by patents.

Here is an example regarding the registration of medicines. When challenging the registration of medicines due to the infringement of the rights to patents, in particular, the infringement of the medicine fusion method protected by a patent, there occurs a great need to have an expert opinion on the presence or absence of the infringement of the rights of the patent owner. In other words, the court needs to compare the patented method of medicine fusion utilised by the manufacturers in dispute, as well as the manufacturing and fusion stages, the formulas of the initial chemical elements of the medicine, intermediate steps and the final product obtained both by the patented method and by the disputed method. The Pharmacy Committee of the Ministry of Health is not authorised to identify patent infringement in the pharmaceutical area. In practice, the Pharmacy Committee of the Ministry of Health during the medicine registration process requires applicants to submit a document from the National Institute of Intellectual Property of the Ministry of Justice of the Republic of Kazakhstan confirming the absence of the patent infringement. The National Institute of Intellectual Property is not capable to make such a comparison due to the lack of resources and relevant expertise. Therefore, this gives rise to a number of questions: whether going to court would be effective to prove the absence of patent infringement during the registration of medicines. Where could we find an expert with required qualification in the area of pharmaceuticals and who could give a qualified opinion? Perhaps, such experts can be found in Russia or Europe, yet will the Kazakh court accept the opinion of foreign experts?

The third most frequent problem is the abuse of patent rights by utility model owners in the Republic of Kazakhstan.

It is common for patent holders to register devices that have been actively used throughout the world for several years, in order to further declare their rights to such devices and protect them with a patent. In practice, there are cases when the ‘false’ patent holders filed a claim against the inventors of such devices/systems to prevent the use of devices protected by a patent for a utility model.

For instance, there was a situation when an individual businessman, who had registered the taxi booking system as a utility model, applied to court to protect his rights. The defendant, in turn, is the developer of this system and introduced it several years ago. The system is still used in almost all countries. The court denied the claim on another ground, however, it was obvious that the claimant peruses to enrich himself at the defendant's expense.

In addition, we would like to note the problem of patent legislation regarding the issue of patent on utility model. A utility model shall mean a technical solution related to a device being legally protected, if it is new and industrially applicable.

According to the patent law, a patent for a utility model is issued without checking compliance with the conditions of novelty and industrial applicability. Compliance of the utility model with the conditions of patentability is only assessed in case of challenging the patent after the issue thereof. A protection document is issued "under the responsibility of the applicant without a guarantee of validity".

Thus, third parties may challenge someone's patent for a utility model and invalidate it in whole or in part in case of non-compliance of the protected industrial property object with the conditions of patentability. It happens that the Patent Office of Kazakhstan issues patents for utility models to everyone and does not care that such a patent may be further challenged in court.

Such gap in law leads to significant abuses of patent rights, as happened with a patent for a utility model related to the taxi booking system.

In conclusion, we would like to note that the number of IP disputes is notably growing and this raises the question of the necessity to improve the qualifications of the judicial system. In a while, a need may arise for the formation of a specialised court that could focus its efforts on resolving IP disputes. We will achieve this only if the right holders are more active in protecting their exclusive rights to intellectual property.

The State Agency on Intellectual Property (hereinafter AGEPI) is the national office in the field of intellectual proper... 20.04.2022

Parallel import, which refers to the import of original trademarked products without the consent of the right ho... 11.03.2022