Introduction of 2nd 2017 Edition of FIDIC Forms of Contracts

In 2017 the International Federation of Consulting Engineers has introduced major amendments to FIDIC 1999 Yellow, Red and Silver Books which have been in use in the construction industry for almost twenty years. FIDIC Books contain standard conditions of contract for plant and design build. Based on conditions of FIDIC books, contractors undertake to design and construct the works usually providing equipment and vehicles in the course of execution of the contract. FIDIC 1999 Yellow, Red and Silver Books are often used in construction projects in Kazakhstan and CIS countries.

Amendments were introduced by the International Federation of Consulting Engineers in response to practitioners’ demand to reflect in contract forms various practical aspects of implementation of construction projects. 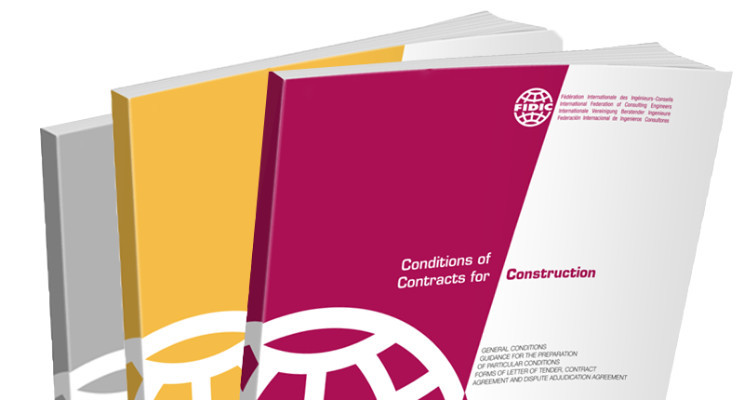 Changes and amendments made to FIDIC Books (1st edition of 1999) are significant. First, changes concern the definitions used in the contract. One may find more than thirty (30) new definitions incorporated into the forms. Second, changes are relating not only to new definitions and provisions, but also to the structure of the contract. In some cases, a few provisions have been moved from one section to another or two sections have been merged into one (e.g. sub-clauses 4.23 and 4.24). In addition, FIDIC Books has been almost doubled in terms of size that brings some complexity in drafting of particular conditions. New definitions, new structure and new scope make one thinking of FIDIC Books (2nd edition) as new form of FIDIC Books rather than an edited version of FIDIC Books (1st edition).

Employer’s rights and duties are regulated by clause 2 of the contract. Generally, it can be suggested that clause 2 has not been considerably changed. Provisions contained in the first edition are present in the second edition, subject to certain exceptions outlined below.

First, we may look at the new provision that has been added to clause 2 named ‘Employer-Supplied Materials & Employer’s Equipment’ (please refer to sub-clause 2.6 of the Red Book and Silver Book respectively), which basically requires employer to make its materials and equipment available to the contractor. If we look further at the meaning of materials and equipment then the contract would refer us to the new sub-clause 1.1.34 which defines employer-supplied materials as materials (if any) to be supplied by the employer to the contractor, and already existed sub-clause 1.1.31 which defines employer’s equipment as apparatus, equipment, machinery, construction plant, and (or) vehicles (if any) to be made available by the employer for the use of the contractor. Other characteristics, such as details, times, arrangements, rates and prices, have to be stated in the employer’s requirements that describe the purpose(s) for which the works are intended and other performance for the works.

Along with the new sub-clause 2.6 [‘Employer-Supplied Materials & Employer’s Equipment’] the second edition have brought significant changes to the already existing sub-clauses, particularly sub-clause 2.4. [‘Employer’s Financial Arrangement’] (please refer to sub-clause 2.4 of the Red Book and Silver Book respectively). Changes predominantly concern financial arrangements of the employer, which now should be detailed in the ‘contract data’, the section of particular conditions that replaced ‘appendix to tender’ contained in the first edition.

Also, the second edition specifies certain conditions for contractor to seek reasonable evidence of employer’s ability to pay for invoices. If, under the first edition, the employer (upon contractor’s request) had to submit reasonable evidence of employer’s financial arrangements made and his ability to pay the contract price, the second edition requires the employer to do the same if the contractor:

(b) does not receive payment in accordance with relevant sub-clause of the contract; or

(c) becomes aware of a material change in the employer’s financial arrangements of which the contractor has not received a notice.’

Guidance for preparation of particular conditions and annexes does not suggest any wordings or assistance in this respect. The provision only specifies that the employer’s arrangements for financing employer’s obligations under the contract shall be detailed in the newly incorporated section on contract data.

‘In case of such an increase, at the employer’s request the contractor shall promptly increase the amount of the performance security in that currency by a percentage equal to the accumulative increase. If the contractor incurs cost as a result of this employer’s request sub-clause 13.3.1 (variation by instruction) shall apply as if the increase had been instructed by the engineer, or’,

‘In the case of such a decrease, subject to the employer’s prior consent the contractor may decrease the amount of the performance security in that currency by a percentage equal to the accumulative decrease’.

Also, sub-clause 4.2 provided for events upon which the employer was capable of making a claim (please refer to sub-clause 4.2 of the Red Book and Silver Book respectively). The list of events has been amended (in addition to the grounds for employer’s claims available under the first edition) and now the claim can be made in case of failure by the contractor to repair, return, reinstall and retest any defective or damaged plant which has been removed from the site.

As we mentioned above, FIDIC Yellow Book has been significantly extended and sub-clause 4.8 ‘Health and Safety Obligation’ (please refer to sub-clause 4.8 of the Red Book and Silver Book respectively) may serve as an example of such extension. In the first edition the contractor had a number of duties related to complying with safety regulations, arranging safety of all on-the-site persons, keeping the site and works clear of unnecessary obstruction, and other duties (e.g. fencing, lighting, guarding, watching etc.) for the protection of the public and of owners and occupiers of adjacent land. In the second edition the contractor’s duties are described in a more detail and the important bit is that now the contractor shall submit a health and safety manual ‘specifically prepared for the works, site and other places where the contractor intends to execute the work’. There are several requirements set out in respect of the manual the contractor has to comply with, including but not limited to employer’s requirements, contractor’s health and safety obligations. Generally, the manual is not a permanent document and may be subject to revision by the (i) contractor, (ii) contractor’s health and safety officer, (ii) engineer upon his reasonable request. Along with preparation of the manual and its revision sub-clause 4.8 also imposes reporting obligations on the contractor i.e. to report the details of any accident (regardless whether or not the accident caused serious injury or death) by way of informing the engineer, and to maintain records concerning health and safety of persons and damage to property, if any occurs.

It seems that the purpose of the extended health and safety provision was to ensure healthy and safe working environment for all persons entitled to be on the site and other places. The manual is regarded as document provided in addition to any other similar document required under applicable health and safety regulations and laws.

Thus, one of the amendment is Clause 3.1. that requires engineer if a legal entity to appoint a person as Engineer which must be a professional engineer and fluent in prevailing contract language. Additionally, the Engineer may delegate his authority to Engineer’s representative, providing that clause 3.4. stipulates the Engineer shall not delegate the authority under clauses 3.7. and 15.1. under the contract.

-     the engineer shall act neutrally and shall not be deemed to act for the Employer;

-     general amendments to procedure how the Engineer shall agree or determine any matter or claim;

-     effect of the agreement or determination;

Clause 3.8. contains new provision on order of meetings. Meetings are recognised as FIDIC Records kept by the Engineer, at the meantime, these do not constitute notices under other contract’s clauses of contract.

Generally, changes made to provisions relating to obligations and duties of the Engineer may summarize as follows:

1.      Introduction of natural person to act as the Engineer.

2.      New sub clauses allowing the Engineer to pass his responsibilities to representative.

3.      Amended procedure of the Engineer’s instructions.

4.      Changes to procedure for “Agreement or Determination” by the Engineer. Who is required to act “neutrally” when exercising his authority under new clause 3.7.

5.      Concept of Notice of Dissatisfaction “NOD” introduced if either Party is not satisfied with the Engineer’s determination. A time limit of 28 days required for giving NOD otherwise determination considered accepted by both parties.

6.      Introduction of Meetings with records kept by the Engineer.

Clause 20, “Claims, Disputes and Arbitration” has been amended and introduced in the 2nd addition as “Employer’s and Contractor’s Claims”. The “Dispute and Arbitration” rules have been indicated in clause 21. The process of claims has been rewritten with major changes that may be determined as follows:

-     Procedure of the Engineer to evaluate claim totally changed

-     Introduction of Waiver of Time – limits to be assessed by DAB with procedure for DAB (Dispute Adjudication Board).

The new process of claims, disputes and arbitration has been introduced similarly for all types of contracts – Yellow Book, Red Book and Silver Book.

Publishers of FIDIC Books (2nd edition) have undoubtedly made a great contribution for the construction industry in an endeavour to reflect main developments in the industry occurred over the last two decades. We have already mentioned that new definitions, new structure and new scope make one thinking of FIDIC Books (2nd edition) as new form of contracts rather than edited versions. However, changes to FIDIC Books not only reflect new developments in the industry but also raise new challenges becoming an area of debate for the drafters particularly in relation to interpretation of new definitions and provisions incorporated thereto.

In accordance with legislation of the Republic of Belarus, there are several (both general and special) options for obta... 08.08.2022

The Republic of Moldova is a landlocked country in Eastern Europe. It is bordered by Romania to the west and Ukraine to... 25.02.2022

1) General Provisions In 2022, a draft of a new Procurement Procedure was published by the JSC National Welfare Fund Sa...